Scrub away grime in half the time

SonicScrubber Pro-Detailer Cleaning Brush takes the hard work out of cleaning and detailing motorcycles, and can cut cleaning time in half

Working on a similar principle to an electric toothbrush, the SonicScrubber's cleaning head oscillates 10,000 times per minute – 25 times faster than the human hand - taking the hard work out of cleaning stubborn dirt and road grime off motorcycles.

The SonicScrubber's action means it isn't necessary to press as hard as required with a manual brush - or to move it around as vigorously - so although it's very tough on dirt, it's less likely to cause damage to the many sensitive surfaces found on modern and classic motorcycles.

Multiple shapes and sizes of brush heads make it easier to tackle larger flatter surfaces, like bodywork and engine casings, as well as those hard-to reach and tricky areas, such as spokes and brake callipers, suspension components, and crevices in engines and frames.

It can even be used on chains and sprockets, and is capable of removing light rust/corrosion from bright-work.

Since the brush heads are quickly and easily swapped, the likelihood of transferring dirt/grit from one part of the bike to another is reduced – less risk of damaging areas like paint and bodywork with contaminants from chains and sprockets etc.

As areas can be targeted specifically, it also means less cleaning solution is needed; saving money and reducing exposure to the harsh chemicals often found in cleaning products.

The SonicScrubber is available from BMW parts and accessory specialist Nippy Normans, priced at £15 including VAT. A Combi Kit, which comes with a selection of medium, large, soft & cone brush heads, sells for £18. 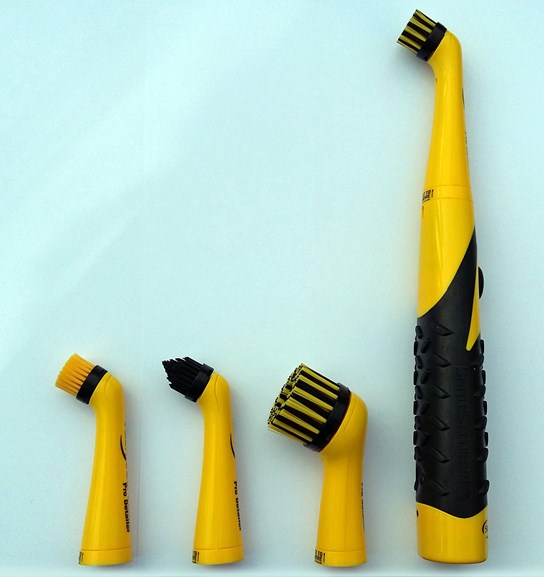