Developed by a BMW R nineT owner, the Fancy Bike Thing replaces rear brake light and indicators with an LED display and includes a tail tidy and licence plate holder.

Designed as a plug and play system, the LED display covers the functions of running light, brake light and indicators. A specially designed bracket is included for owners who wish to retain the original turn signal indicators.

The tail tidy is made from mild steel, zinc-coated to prevent corrosion, with a black powder coat.

Fancy Bike Thing sells for £299- and comes pre-drilled and complete with wiring kit and fasteners. 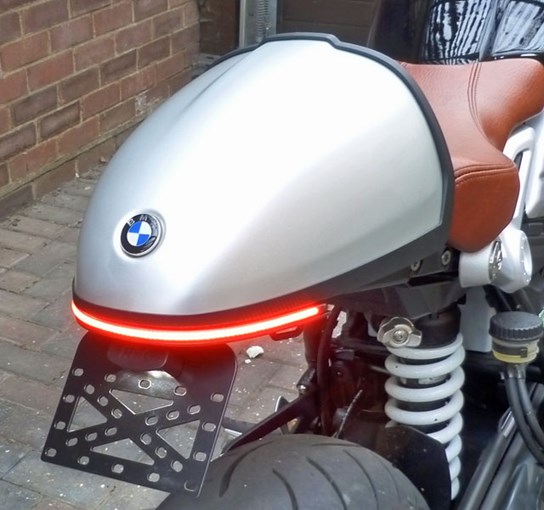