BMW specialists Wunderlich have refined an R nineT Scrambler for a hillclimb on the Tyrolean ski slopes.

They then handed it over to the Wunderlich workshop to add the finishing touches.

Held on the ski slopes of Ridnaun in South Tyrol, the event was originally created for Harley-Davidson motorcycles, but is now open to other manufacturers too.

This wild conversion, with its long tubular swingarm, special spiked blade wheel tyres and complete Jekill & Hyde exhaust system, will be raced at Harley & Snow on 9-11 March by Thilo Günther and Roland Stocker. 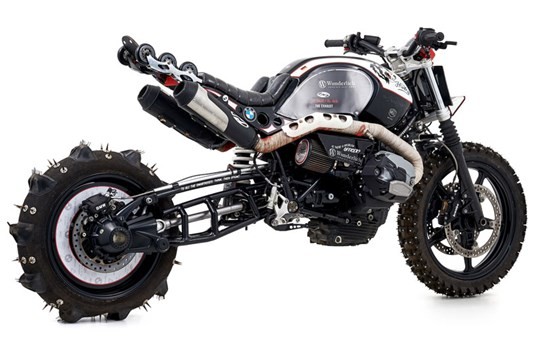